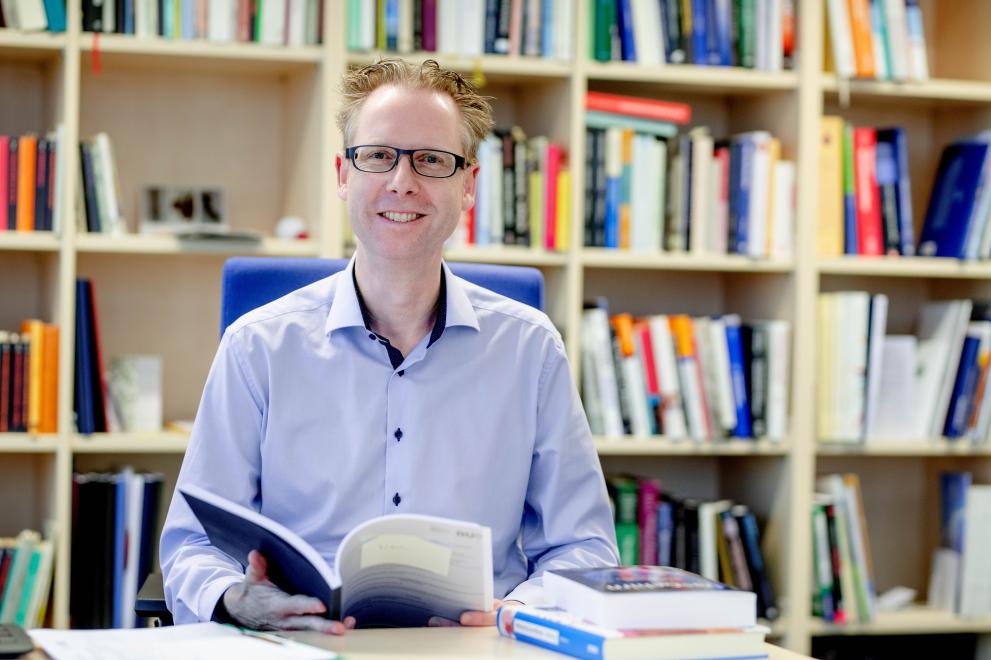 Professor Nikolai Axmacher, Head of the Department of Neuropsychology at RUB, was awarded an ERC Consolidator Grant.

Nikolai Axmacher initially studied philosophy at Freie Universität Berlin, before switching over to medicine, in which he graduated at Charité Berlin in 2004. He received his doctorate in 2005 from the Institute for Physiology and the Institute for Theoretical Biology at Humboldt-Universität Berlin. Four years later he completed his habilitation. From 2004 to 2011, Axmacher worked as a clinical researcher at the Department of Epileptology at the Bonn university hospital, where he subsequently headed an Emmy Noether Group until 2014. At the same time, he was head of a junior research group at the German Centre for Neurodegenerative Diseases in Bonn. In 2014, he accepted an appointment at RUB and became professor of neuropsychology. Axmacher is an elected member of the Memory Disorders Research Society, Advisory Board Member of the Transfaculty Research Platform Molecular and Cognitive Neurosciences at the University of Basel, and board member at the RUB Research Department of Neuroscience. In 2019, he received the teaching award of the Faculty of Psychology. Since 2019, he additionally became co-director of the Beijing Center for Intracranial EEG Research at Beijing Normal University.

In his ERC Grant, Nikolai Axmacher investigates the neuronal basis of spatial navigation.

The brain is capable of navigating complex environments. Grid cells play an important role in the process.