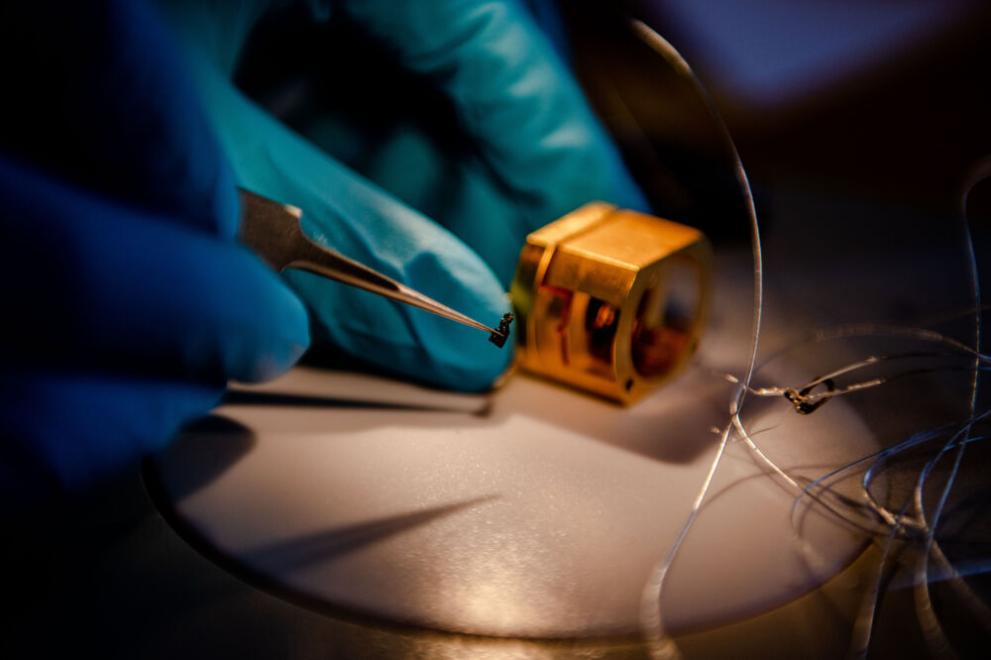 Insights into a unique form of superconductivity

As part of her ERC Starting Grant, Anna Böhmer is researching specific electron states in superconductors. The recently discovered phenomenon raises many questions.

In some materials, electrons assume an unusual state, the so-called nematic order: they don’t move evenly in all directions, but spontaneously assume a preferred orientation. Researchers have now described this recently discovered behaviour in several superconductors, i.e. in materials that can conduct electricity without loss. So far, however, there have been no high-resolution methods to study such nematic superconductors. With her ERC Starting Grant, Professor Anna Böhmer hopes to change that.

The Starting Grant is endowed with 1.5 million euros. The project starts in 2023.