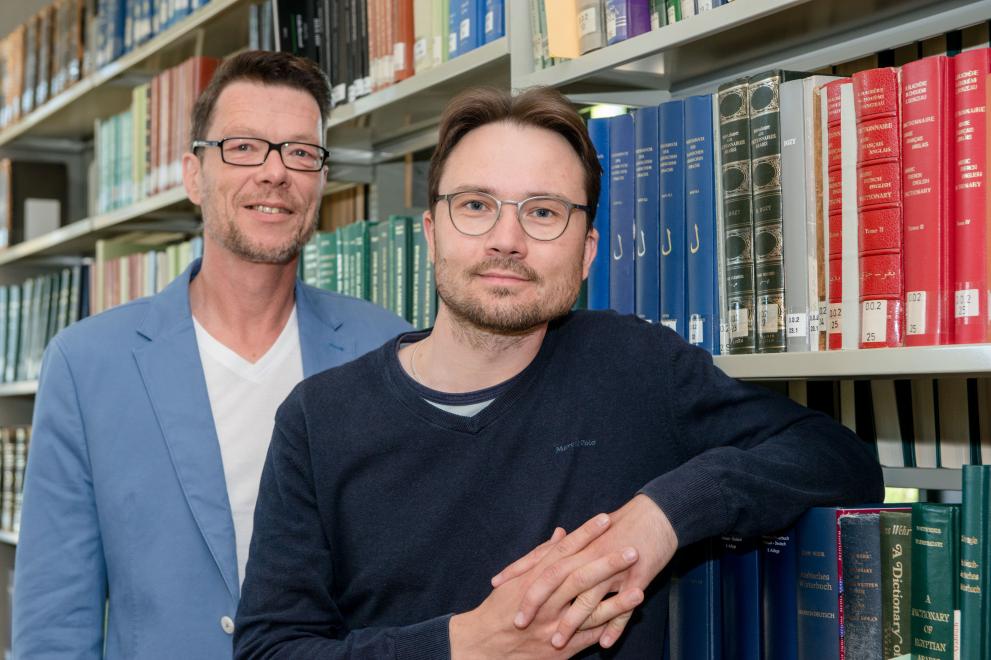 Dr. Rüdiger Arnzen and Dr. Yury Arzhanov from the Institute of Islamic Studies and Oriental Studies participate in an ERC Starting Grant.

Yury Arzhanov studied Oriental studies at the University of St. Petersburg, where he obtained his doctorate in 2004. Following time spent at the Universities of Tübingen and Halle, he switched to RUB in 2010.

Rüdiger Arnzen studied at RUB, where he obtained his doctorate in 1994. He then became a research assistant there. He currently works at the Thomas Institute at the University of Cologne and is involved in various research projects.

Their Starting Grant, the leader of which is Dr. Grigory Kessel from the Austrian Academy of Sciences, concerns setting up a database that contains Syrian and Arabic translations of scientific and philosophical works originating in Greece.

The project creates a database containing Syrian and Arabic translations of scientific and philosophical texts with Greek origins.