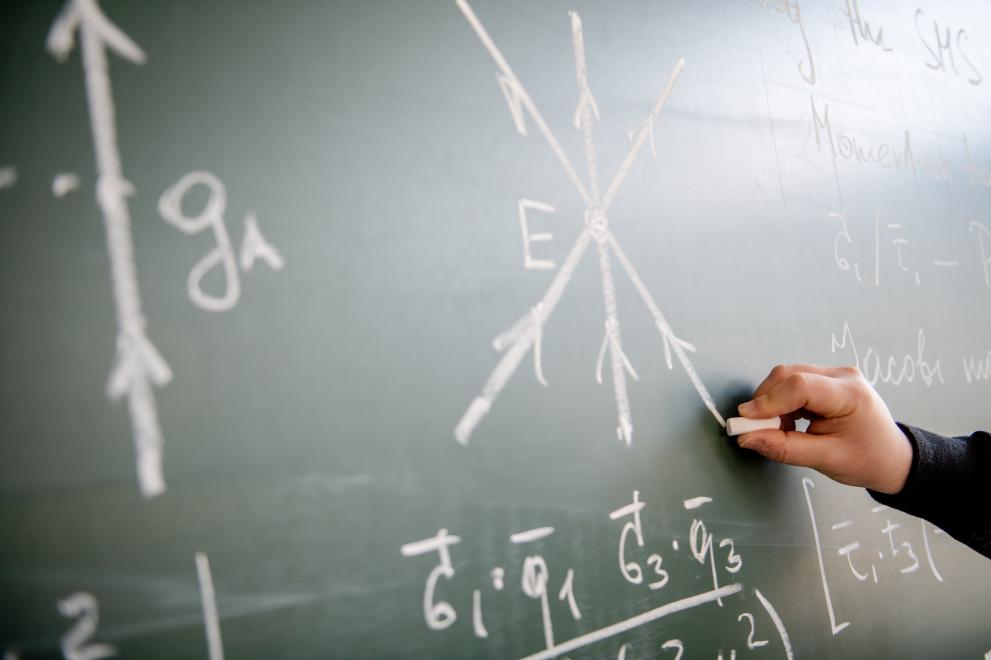 More than 99.9 per cent of the mass in the visible universe is concentrated in the atomic nuclei. They consist of protons and neutrons, which together are also known as nucleons. The nucleons in turn are made up of even smaller building blocks, namely quarks and gluons. They are governed by so-called strong interaction, a fundamental force that ensures the cohesion of the quarks and gluons inside nucleons and determines their properties. However, the strong interaction does not only occur between quarks and gluons within a single nucleon. It also acts between the building blocks of different nucleons. Thus, the strong interaction is also responsible for the forces between nuclear particles.

Pairwise interactions between two nucleons are already relatively well understood. This enables physicists to describe what is going on inside the simplest atomic nucleus, i.e. one that consists of two nucleons. The opposite is true for more complicated atomic nuclei consisting of three or more nucleons. Here, the interactions are still a mystery. This is where research of Professor Evgeny Epelbaum in the framework of the ERC Advanced Grant comes in. Epelbaum and his team hope to describe the forces acting in a system of three or more nucleons. To this end, the researchers are using a theoretical method known as effective field theory, which is widely used in particle physics. With this approach, the Bochum-based group already described precisely the interactions between two nucleons in the past. Now, they intend to extend the approach to three-particle forces.

The ERC Advanced Grant of Evgeny Epelbaum is endowed with 2.5 million euros. The project starts in 2021.