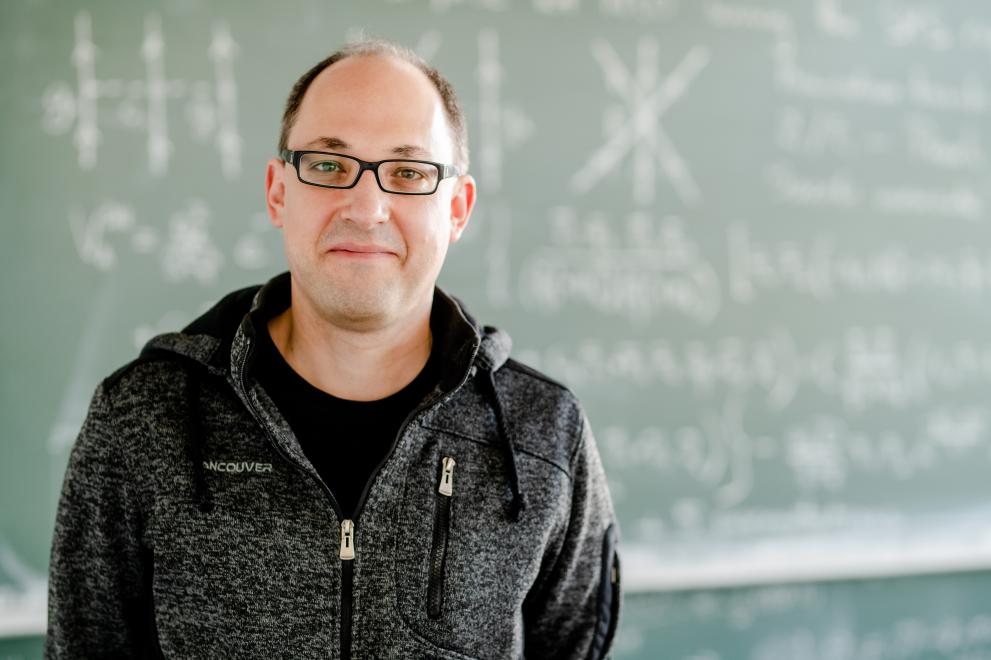 Professor Evgeny Epelbaum heads the Chair of Theoretical Physics – Hadron and Particle Physics at RUB and has been awarded an ERC Advanced Grant.

Evgeny Epelbaum studied physics at the St. Petersburg Polytechnic University and at RUB. In 2000, he was awarded his PhD degree, which he had completed at RUB and Forschungszentrum Jülich. He then worked as a postdoctoral researcher at these two institutions and at the Paris-Sud University. From 2003 to 2006, Epelbaum conducted research as Nathan Isgur Distinguished Postdoctoral Fellow at the Jefferson Laboratory in Newport News, Virginia (USA). He then headed a Helmholtz Young Investigators Group at Forschungszentrum Jülich and at the University of Bonn until 2011, where he also held a temporary professorship in theoretical physics for four years. Evgeny Epelbaum has been Professor of Theoretical Physics – Hadron and Particle Physics, at RUB since 2010.