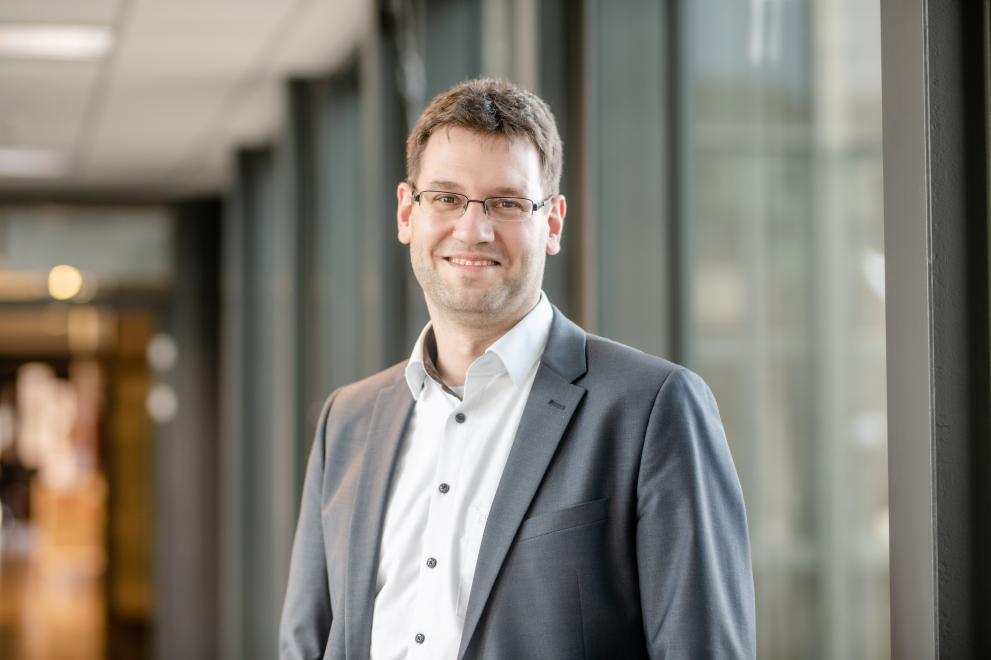 Christian Merten was awarded a Heisenberg professorship in Physical Organic Chemistry in 2020. He specialises in stereochemistry and chiroptical spectroscopy.

Christian Merten studied chemistry at the University of Bremen between 2002 and 2007. Subsequently, he completed his doctoral thesis at the Fraunhofer Institute for Applied Materials Research in Bremen, where he earned his PhD in 2010.

From 2011 to 2013, he worked as a Feodor Lynen Fellow of the Alexander von Humboldt Foundation at the University of Alberta, Edmonton, Canada. In 2013, he came to RUB as a Liebig Fellow of the Chemical Industry Fund. Since 2019, he has been funded through the Heisenberg Programme of the German Research Foundation.

He is a member of the excellence cluster Ruhr Explores Solvation RESOLV, and he also collaborates in the Research Training Group 2376 “Confinement controlled chemistry”, where he researches into the host-guest interactions of chiral cage-like molecules.

One of Christian Merten’s main areas of research is molecular chirality. The spatial, three-dimensional structure of many natural substance molecules renders them quite unique, as it can’t be superimposed on its mirror image. Christian Merten studies these chiral molecules and their intermolecular interactions using modern spectroscopic techniques.

Molecular chirality is particularly interesting for the development of active pharmaceutical ingredients, because a form can have different biological properties than its mirror image. Special catalysts that only allow one reaction pathway are required for the targeted production of such molecules in only the one desired form. Christian Merten is an expert in vibrational circular dichroism spectroscopy, also known as VCD spectroscopy. Merten’s team deploys this technique in a project in order to analyse such catalysis processes and try to understand the reactions that take place in detail. In other projects, the group researches into photochemical reactions of chiral molecules and, as part of RESOLV, it also studies in what way solvents influence the structure of chiral molecules.